UND vs. DU lines - Update On Student Who Interupted Moment of Silence 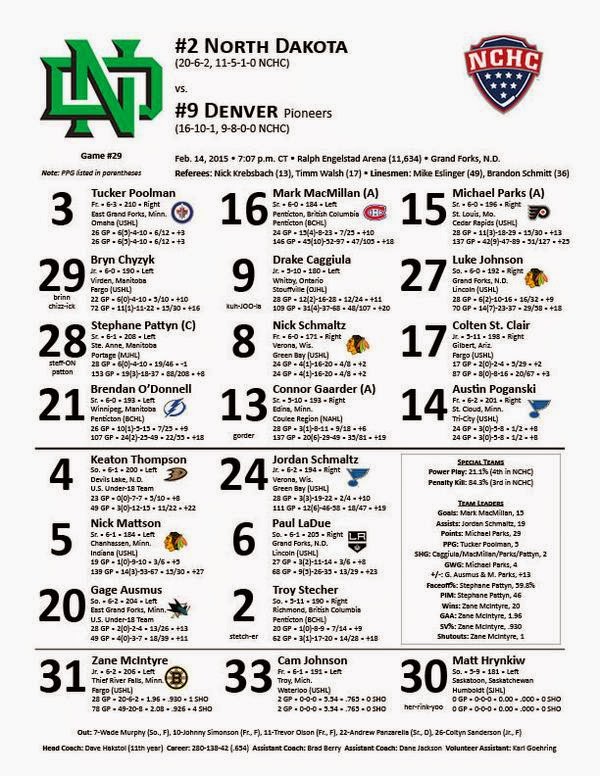 No changes to the lineup from last night. I guess you really don't to screw with success. 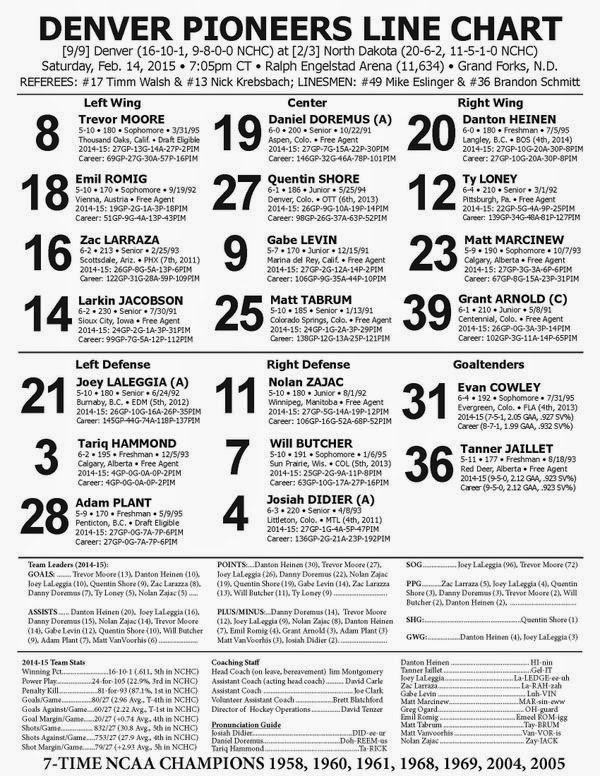 Also, update on the student that so rudely and selfishly interrupted the moment of silence last night. He's banned from the Ralph for the rest of the season. That's a good start. He was also cited for minor in possession.

Mutual respect is the cornerstone of any great rivalry; proud to have UND as 1 of our biggest rivals & appreciate their support this weekend
— Denver Hockey (@DU_Hockey) February 14, 2015


I'm told that the person who yelled during the moment of silence yesterday was immediately ejected from the building by security.
— Brad E. Schlossman (@SchlossmanGF) February 14, 2015


That fan also has been banned from the building for the remainder of the year.
— Brad E. Schlossman (@SchlossmanGF) February 14, 2015