Matt Greene with the Cup 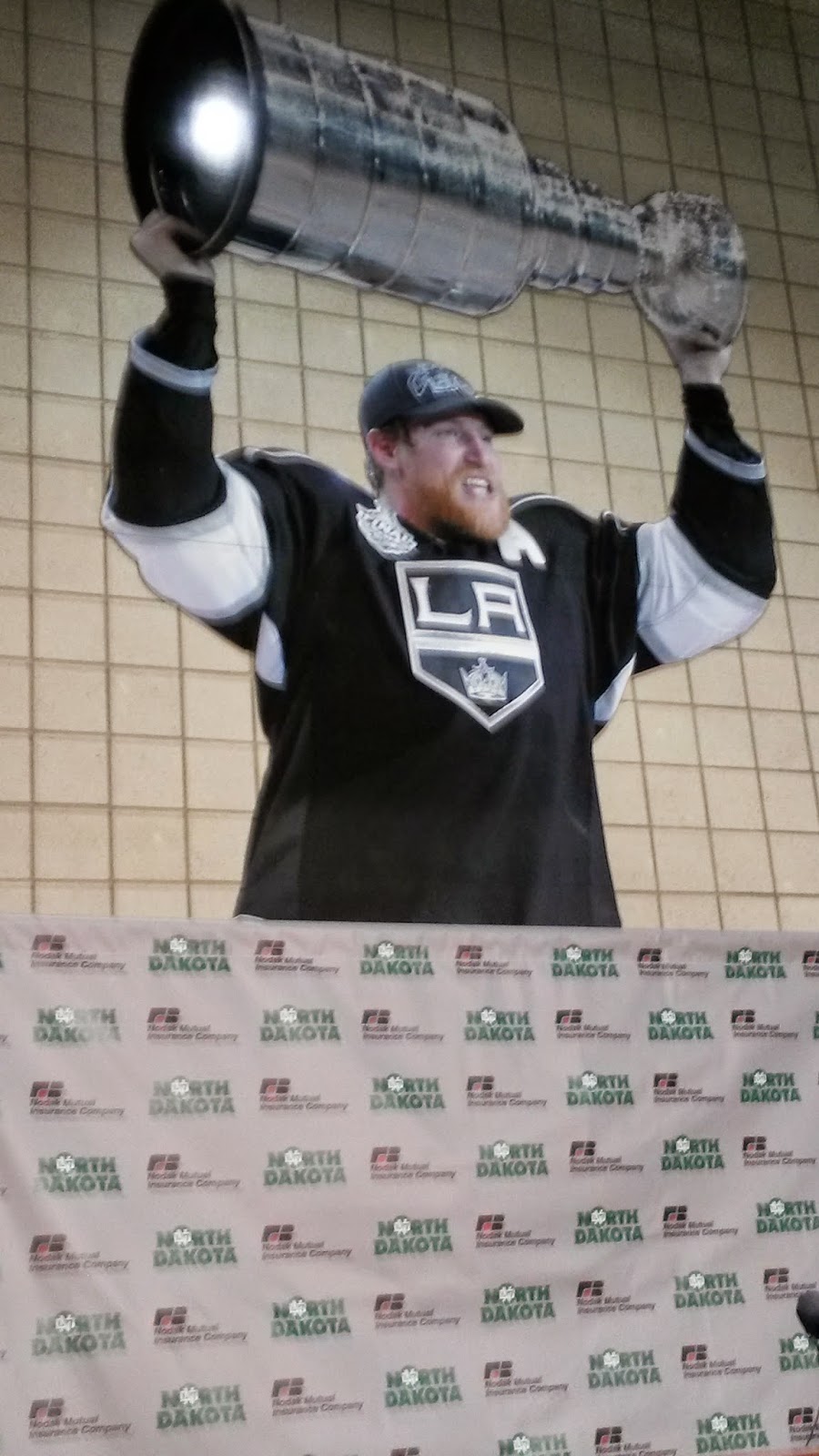 Former University of North Dakota defensman Matt Greene brought the Stanley Cup back to Grand Forks, ND. There was a lot of people on hand today to see the Stanley Cup today. 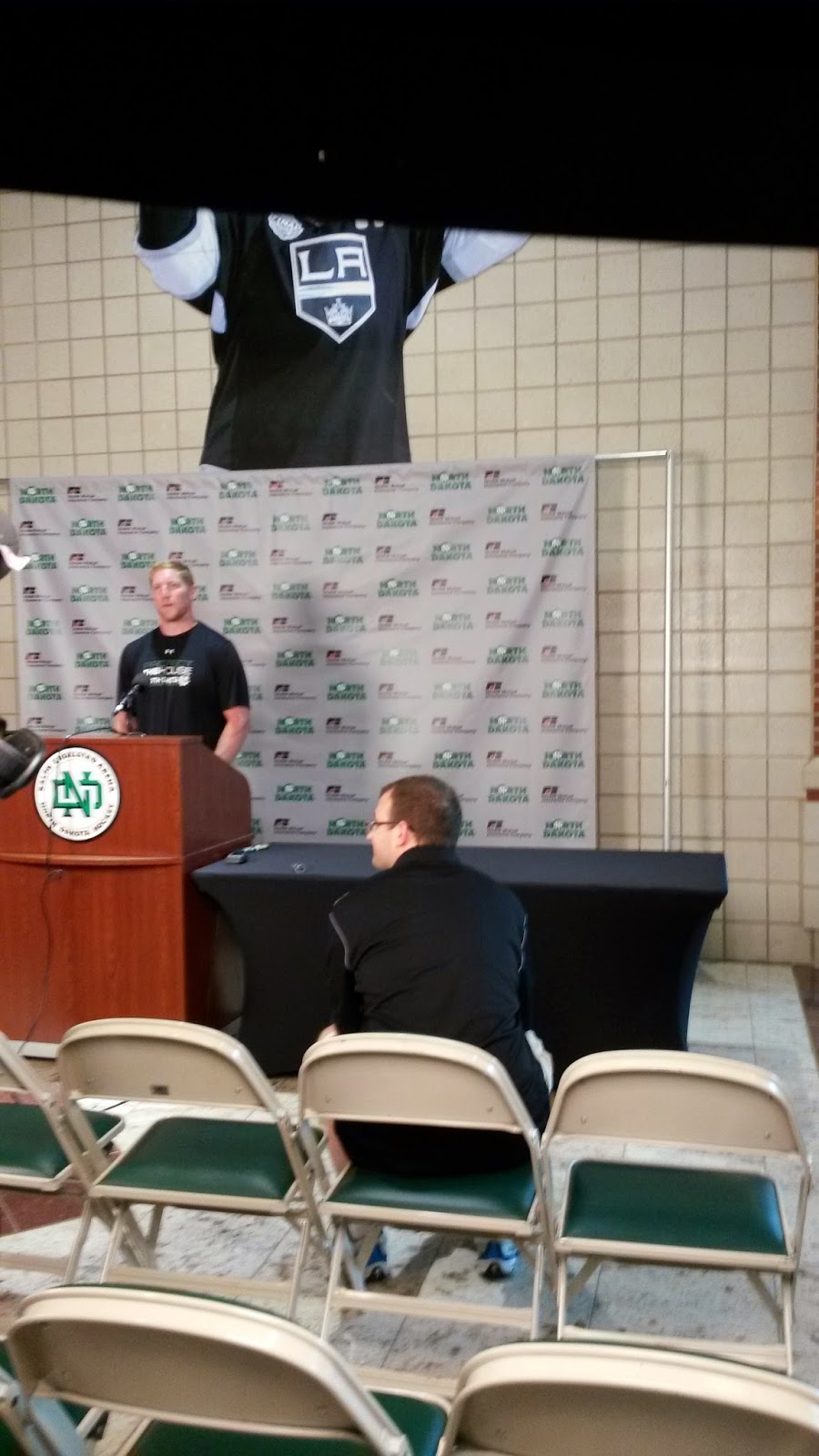 As you can see from the pictures, the Stanley Cup is a very large trophy. It was a classy move by the former Fighting Sioux defenseman to bring the cup to Grand Forks. 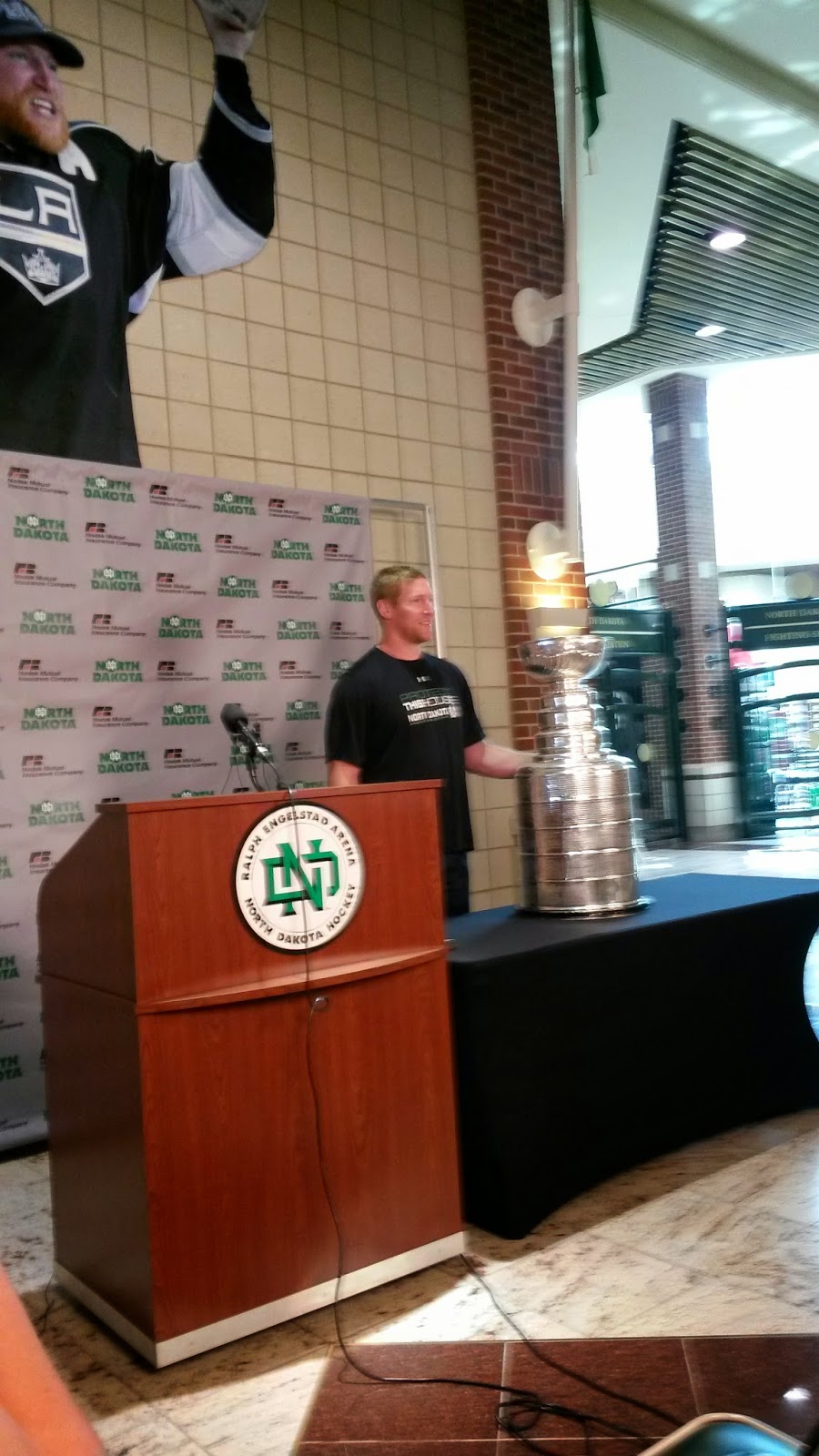 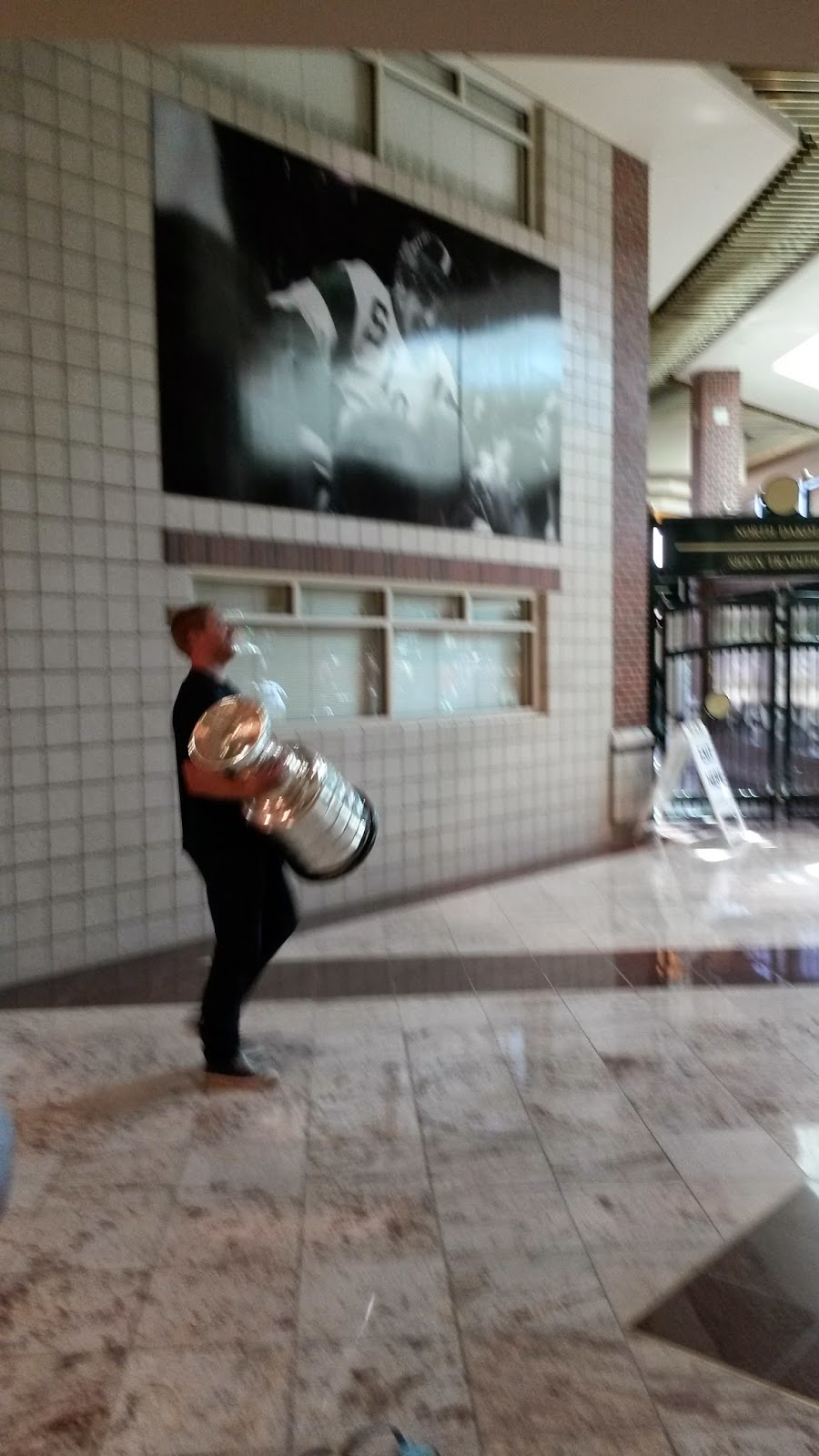