One More Game:
Wisconsin and Boston College 6:00p.m. @ Kohl Center East
The goalies will be big in this game again. If you don’t have strong goaltending and give up odd man rushes your team is toast. Cory Schneider the Boston College Eagles Goalie is one key to the Eagles winning the game this evening. Cory is going to have to do better than letting in 5 goals if the Eagles are going to beat the Pesky Wisconsin Badgers. The Wisconsin have a very strong defense and will shut down the scoring lanes if the opposition doesn’t crash the net and play with speed, the Eagles forwards are going to have to get Elliot’s feet moving to beat him because he doesn’t leave a lot of net to shoot at. During the NCAA playoffs the Wisconsin Badgers have only given up 2 goals shutting out Bemidji State 4-0 and Cornell 1-0.

Today is the final day
Wisconsin Badgers Goalie Brian Elliot is the key to the Badgers winning the Frozen Four. When Elliot got hurt in the middle of the season the Badges looked human, with him in the line up they are a better team. Brian leads the nations in GAA and save percentage and is a serious flight risk to sign with the NHL after the season is over. The Ottawa Senator owns his rights. I just have a hunch that the Senators will definitely be throwing money his way after his season is over. 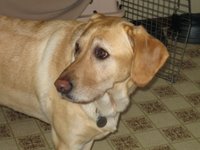