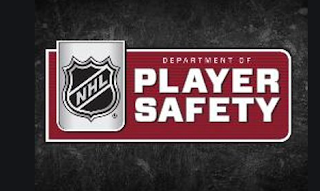 It looks like The St. Thomas Tommies have found a new home. I sure we'll hear more details very soon. This is a smart move by the Summit League.

It will be interesting to see where the Tommies hockey program ends up. With seven teams breaking from the WCHA and forming their own league, that could be a logical landing spot for the Tommies. The NCHC could also be another landing spot, but Josh Fenton has said that the league is interested in focusing on the eight existing members. 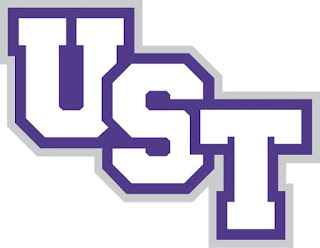 Boeser signs a three-year contract extension worth an average annual value of $5.875 million. In 140 career NHL games with the Canucks, Boeser has scored (59g-57a--116pts).

"We're very pleased to have Brock re-sign," Canucks General Manager Jim Benning said. "He's a talented player, a key contributor to our offense and an important part of our team's future. We look forward to having Brock join the team in preparation for the upcoming season."

As the hockey season nears, the national TV schedules are starting to come out. There are 25 days until the 2019-20 college hockey season begins. I will update if we find out there are more games scheduled for national TV.

As the 2019-20 season approaches, fans will be looking for viewing options to watch college hockey. Most of UND's game will be on some version of television or webcast.

With that said, not everyone likes to watch webcasts. Two seasons ago, I had to up my WIFI game at home to get better NCHC.TV coverage. Whenever I can, I watch the away games on DirecTV instead of NCHC.TV. As I've mentioned in the past, some of the member school's webcasts aren't up to snuff.

Today, we find out that Colorado College will have six of their games on AT&T network. One of those games is against league rival North Dakota.

Last week, the NCHC released its CBSSN schedule. The NCHC has a new two-year agreement with CBSSN. In a release from the league; For the seventh straight season, CBS Sports Network will serve as the premier national television partner of the National Collegiate Hockey Conference (NCHC) with the network set to telecast 11 NCHC games during the second half of the upcoming 2019-20 season.

As part of a new two-year agreement between the NCHC and CBS Sports Network, the network will once again feature a package of regular-season games and coverage of the NCHC Frozen Faceoff. This season, one televised game will take place on each Friday night, plus one Saturday night, starting in mid-January leading up to the 2020 Frozen Faceoff. All regular-season games televised will be conference match-ups, with one originating from each NCHC member’s home arena. 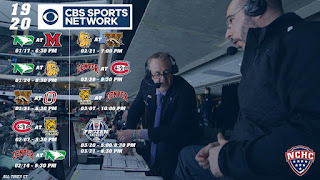 Unfortunately, one viable TV option for watching UND hockey when they're on the road might have evaporated. The Pioneers might not be able to have their games on DirecTV or Dish Network. From our buddies at Lets Go DU -- According to Colorado Hockey Now, “The “carriage” contracts between Altitude TV and Denver and surrounding’s big three cable providers – DISH Network, Comcast/Xfinity and DirecTV – are expiring and the two sides are…not anywhere close to an agreement to re-up with each other.
Posted by Eric J. Burton at Monday, September 16, 2019 No comments:

I am sorry, I thought this sign was funny. Over the course of the last year, the Fighting Hawks mascot has been known to do silly things. That's what mascots do.

Apparently, some in Bison Nation didn't like the sign in question. Some were unhappy that the mascot would dare have that sign on the sidelines during a football game. I mean seriously, have we all become a bunch of snowflakes.

I know this isn't a popular opinion, but I like the new mascot. I like when he comes out on the back of an ATV before the start of a football game.

After several long weeks, I FINALLY FOUND OUT WHO THE MYSTERY MASCOT WAS! Apparently it’s the University Of North Dakota Fighting Hawks’ mascot. 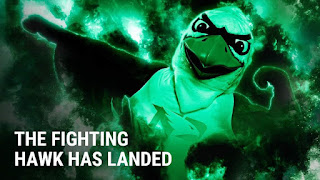 Thank God no one got hurt and hopefully, the animal will be able to safely return to the Wild. It sounds ND Game and Fish officials are trying to get the wild beast out of town after traffic dies down tonight.

"They are wild animals," Jim Job, a biologist with the North Dakota Department of Game and Fish told the Grand Forks Herald. "Especially if they're in town, they're already going to be a little nervous with all the traffic and people running around already. Definitely, don't want to corner a wild animal or make it feel like it's cornered. Definitely keep your distance because they are very large animals and, if they do feel threatened, they could react."

#MooseUpdate: The moose is laying down taking its typical midday college nap. We are still asking everyone to avoid the area so that the moose doesn’t become stressed or panicked. #BestCopsAround #MooseWatch2019 pic.twitter.com/SsSs5p3BE2
— University of North Dakota Police (@UNDPoliceDept) September 3, 2019

#UNDAlert: Please be aware that there is a moose that has wondered into the @UofNorthDakota Campus area. We are doing our best to get this animal back to the wild. This situation is also currently contained. #BestCopsAround pic.twitter.com/iB46QeALkm
— University of North Dakota Police (@UNDPoliceDept) September 3, 2019 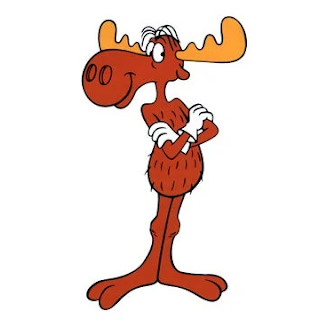 UPDATE: The moose has been returned to the wild.

#MooseUpdate: We are happy to announce that #MrsMoose has been released back into the wild near Grand Forks County. Thank you to everyone who stayed out of the area & to the professionals at the Chahinkapa Zoo for their support & assistance. #BestCopsAround #UNDProud pic.twitter.com/5akYuAx1H8
— University of North Dakota Police (@UNDPoliceDept) September 4, 2019

Earlier this week, Shane Stewart found out that he was parting ways with CJB Motorsports when the season is over.

“We weren’t meshing together,” said Chad Clemens, part-owner of CJB Motorsports. “It’s business. Shane knows the deal. We know the deal. He’s a great guy. Great family. But we’re not meshing as a team. When that happens you have to make changes and that’s pretty much what we chose to do.

Friday night, Stewart week got worse when he took a hard ride in his heat race at Skagit Speedway in Alger, Washington.

Fear not, this is the World of Outlaws and Stewart's crew pulled out the backup car for the feature.

After contact with another car in Heat race #1, CJB already has another car built for @shanestewart_5 for tonight’s A-Main. pic.twitter.com/q3jU3vzWN5
— DB3 INC (@DB3Inc) August 31, 2019 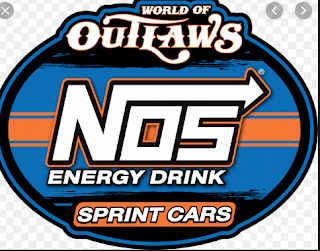